On Sunday, October 3, 2021, Veteran Major League Baseball (MLB) Umpire Gerry Davis, 68, made history after umpiring in his 5,000th career game between the St. Louis Cardinals and the Chicago Cubs.

“Seeing Gerry take the field for his 5,000th game marked a truly special day in an illustrious career,” said Stephen D. Keener, Little League President and CEO. “What Gerry represents is stability, commitment, and, above all, passion and love for what he does. Through the years, and now 5,000 games, he is a living reminder that even at the highest level, baseball is a game, and is to be played and supported for fun. We congratulate him on his 5,000th game and his upcoming retirement.”

For Mr. Davis, his first game in the Majors pitted his hometown Cardinals at the Montreal Expos on June 9, 1982. Some 40 years later, in reaching the 5,000-game plateau, he joins the likes of all-time leader Joe West, Hall of Famer Bill Klem, and Bruce Froemming and once again got to do so in front of his hometown of St. Louis. Mr. Davis intends to hang up his mask and retire at the conclusion of the 2021 Major League Baseball season, with is 5,000th game also coinciding with this final MLB regular season game as an umpire.

Mr. Davis has been to Williamsport a handful of times and has a great appreciation for what Little League means to the game of baseball. During his visits and countless conversations, he has established a collaborative relationship with Tom Rawlings, Little League’s Director of Umpire Development.

“Gerry Davis has become a tremendous supporter of the Little League program,” said Tom Rawlings, Little League’s Director of Umpire Development. “He is a commanding presence, yet humble and approachable. During my time working with him, it has been a collaboration and sharing of ideas focused solely on doing everything possible to inspire people to take up the role of umpire for the betterment of the children and improve the overall Little League experience.”

Mr. Davis intends to continue offering his expertise in support of Little League’s efforts in the areas of umpire recruitment, training, and education. 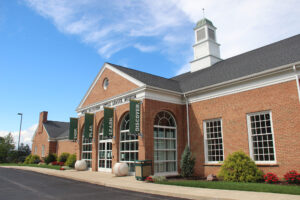