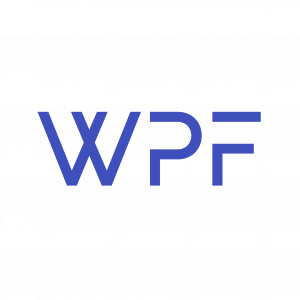 Lauren Chamberlain, a former professional softball player and popular face in the sport, has been named Commissioner of the league.

“I am deeply humbled and incredibly excited for my role as Commissioner of WPF,” Chamberlain said. “I have worked hard to build good standing with existing softball athletes, people of influence in our sport, and those outside of our sport. I am confident that I can bridge the gap between all parties and create an exceptional professional level of softball, one that our sport and its athletes deserve.”

WPF ownership is formed by three strong forces in softball: USA Softball, USSSA and Smash It Sports. The partnership between USA Softball and USSSA is to be highlighted, as both are approaching this venture hand in hand. This show of unity and progression will help shape the future of professional softball and the sport as a whole.

“The opportunity to venture back into a women’s professional league has been at the forefront of our mission within USSSA, and more specifically the USSSA Pride,” said Donny DeDonatis III, CEO of USSSA. “We are both ecstatic and humbled to be a major role player in WPF’s development and creation.”

“We are very excited about the launch of WPF,” said Craig Cress, USA Softball CEO. “We are looking forward to encouraging athletes to compete both professionally and internationally, and provide women more opportunities to continue their playing careers after college. With softball not being in the 2024 Paris Olympics, USA Softball recognizes the importance of keeping our athletes involved in high-level competition in order to be prepared for future Olympic appearances.”

Rick Schiffhauer, the President of Smash It Sports, has been a longtime supporter of softball. Smash It Sports has found success in the slow-pitch world, and looks forward to venturing into fastpitch.
“When I founded Smash It Sports, one of our core values was to look for avenues to advance women in diamond sports,” said Schiffhauer. “I want my daughters and other girls to have the same dreams and aspirations as the boys. We need to close the disparity between baseball and softball.”

WPF will be headquartered in Oklahoma City, Oklahoma, with teams playing nation-wide. OKC is widely referred to as the “Softball Capital of the World,” and is home to the NCAA Women’s College World Series.

“Oklahoma City is unquestionably the world capital of softball, so of course it makes sense that this would be the headquarters of the WPF,” said Oklahoma City Mayor David Holt. “We value being the host of this new endeavor, we’re excited for what that will mean in the years ahead, and we’re grateful to Commissioner Lauren Chamberlain and the WPF for choosing us. We look forward to watching the story of the league unfold.”

“It is time for the show to continue past the WCWS,” said Chamberlain. “Ya’ll are going to need more popcorn.”

Additional information about WPF can be found at www.wprofastpitch.com.

Headquartered in Viera, Florida, USSSA is the world’s largest multisport athletic organization, with more than 4.5 million participants of all ages and skill levels competing all over America in 13 sport

s, including baseball, fastpitch and slow-pitch softball, basketball, soccer, flag football and tae kwon do.  The organization was founded in 1968.