With the 2021 Little League Baseball® World Series set to take place August 19-29, it’s time to take a look at the 16 teams who will be taking the field to represent their communities. Because the 2021 Little League Baseball World Series features teams only from the United States, the top two teams from each of the eight U.S. region tournaments have earned a spot in Williamsport. Here are the teams, with a look at their run through their respective region tournaments:

Led by manager Rick Thorning and coaches Guido Ulin and Jason Surma, Taylor North Little League is headed to Williamsport as the Great Lakes Region Champions after an impressive 4-0 showing in the region tournament. Going undefeated against Wisconsin, Indiana, Illinois, and Ohio, all while posting a +36-run differential, Michigan will have a chance to claim the state’s first LLWS title since 1959. This marks the 13th time a team from Michigan has been to Williamsport, and the first time Taylor North Little League has made it, with their first game of the 2021 LLBWS is Friday, August 20 at 3 p.m. on ESPN against Florida.

West Side Little League of Hamilton, Ohio, punched their ticket to the Little League World Series with an impressive 12-0 victory over Illinois in the final elimination game. Managed by Ken Coomer, alongside coaches Danny Adams and Chris Craft, Ohio fell 2-1 to Kentucky in the opening game of the region tournament, but fought through the elimination bracket, winning three in a row before losing to Michigan in the championship. This year marks the 11th time a team from Ohio has been in the World Series, with West Side Little League representing the state in five of those appearances, including its last visit in 2010. Ohio’s first game is Thursday, August 19 at 3 p.m. on ESPN against Tennessee, and West Side Little League will have a chance to win the first LLWS Championship for the state of Ohio.

Pennsylvania, represented by Upper Providence Little League, will have a chance to win the fifth LLBWS Championship in state history, and first since 1960, this year. Manager Ben Ludwig and coaches Tom Sergio and Joe Schuberth led the team to a perfect regional performance, going 5-0 with a +24-run differential, capped off with a 10-3 win against New Jersey in the Mid-Atlantic Region Championship. This marks the 34th time a team from Pennsylvania will participate in the event, and first appearance for Upper Providence Little League. They will take on Oregon in their first game on Friday, August 20 at 1 p.m. on ESPN.

Toms River East Little League earned a spot in the Little League World Series with a 6-3 win over Delaware in the final elimination game. A 2-0 start to the region tournament was foiled by Pennsylvania in the semifinal, but they did not miss a beat. With their backs against the wall, trailing in the final inning of the elimination game, a come-from-behind rally fueled by Carson Frazier, nephew of Team USA Olympian and 1998 LLBWS graduate, Todd Frazier, sent the team to Williamsport. Led by manager Paul Mika and coaches Paddy Mater and Barry Intintola, Toms River East Little League represents the last Mid-Atlantic team to win the LLBWS in 1998, led by none other than Todd Frazier himself. They will play Thursday, August 19 at 5 p.m. on ESPN against Nebraska.

Managed by Dustin Rader alongside coaches Justin McCoy and Brandon Brown, Hastings Baseball Little League punched its ticket to Williamsport with a 2-1 victory over Iowa in the semifinal. A pitching and defensive showcase throughout, the team captured victories of 1-0 and 2-0 before falling to Gavin Weir and South Dakota in the winner’s bracket. They rebounded two days later, blanking South Dakota 6-0 to win the Region Championship. This will mark only the second time a team from Nebraska has made it to Williamsport, and their World Series journey begins Thursday, August 19 at 5 p.m. on ESPN vs. New Jersey.

Led by manager Mike Gorsett and coaches Jeff Riley and Devin Alfson, Sioux Falls Little League rolled to the region championship, winning three games by a combined score of 20-0, before Nebraska turned the tables in the final, topping them 6-0 for their only loss of the Region tournament. Pitcher Gavin Weir shined, going 2-0 with two no-hitters and striking out 30 of the 33 batters he faced. A team from South Dakota has never won the LLBWS. This will mark only the fifth time a team from South Dakota has qualified for the LLBWS, and the second-straight appearance for Sioux Falls Little League after making it in 2017. South Dakota’s opener is Friday, August 20 at 5 p.m. against Louisiana.

Managed by Rob Rastelli, with coaches Paul Rubin and Chris Faticoni, Manchester Little League won their first two games of the region tournament, defeating Vermont and Massachusetts before falling 11-1 in the Region Championship to New Hampshire. The state of Connecticut has brought home the title four times, most recently in 1989 behind the impressive performance of NHL star, Chris Drury. Manchester Little League will have their chance to make history starting on Thursday, August 19 at 1 p.m. when they take on Hawai’I on ESPN.

Eastlake Little League cruised through the Northwest Region Tournament and secured a trip to Williamsport without a blemish in the loss column. With manager Rich Todd and coaches Kameron Rausch and Ajay Jagannathan at the helm, Eastlake Little League shut out eventual runner-up Oregon in the opening game, 5-0, and went on to win each of their next three games, defeating Oregon again, this time by a score of 2-1 in the final. This will mark the 13th time a team from Washington has made it to Williamsport, and the second for Eastlake Little League, as they get set to face Texas in their first game at 7 p.m. on Friday, August 20, on ESPN with a chance to take home the second Little League Baseball World Series championship for the state of Washington.

Joining Washington out of the Northwest Region is Lake Oswego Little League, managed by Chris Kelly and coached by Tony Sturgeon and Brad Smith. After losing to Washington in their first game, 5-0, their offense came alive, winning the next three games by a combined 37-1 score before falling in the region championship to the very same Washington team. Returning to Williamsport after a 2007 appearance, Lake Oswego Little League is the home to NBA superstars, Klay Thompson and Kevin Love, and this year’s team will face Pennsylvania in their first game at 1 p.m. on Friday, August 20, on ESPN.

Nolensville Little League got off to a roaring start in the region tournament with a 23-0 win over Alabama in the opener, but just days later fell, 6-5, to Georgia to move into the elimination bracket. Far from finished, this team, led by manager Randy Huth and coaches Chris Mercado and Evan Satinoff, won three straight elimination games, including a 4-2 revenge victory over Georgia, and climbed all the way back to take the region championship, 10-3, over Florida. This will mark the ninth time a team from Tennessee plays in Williamsport, and the first appearance for Nolensville Little League. Tennessee will play Ohio in their first game at 3 p.m. on ESPN on Thursday, August 19, and will have a chance to bring home the state’s first ever LLWS title.

Martin County North Little League of Palm City, Florida, managed by Mark Rodgers alongside coaches Craig Saccavino and Brandt Martin, began its Region Tournament run with a 7-3 win over Virginia, and did not let up any more runs until the final game. This will be the 23rd team from Florida to participate in the Little League Baseball World Series, and the first time Martin County North Little League will make an appearance. Florida will face Michigan in their first game at 3 p.m. on ESPN on Friday, August 20.

Lafayette Little League will have a chance to do something very special – go back-to-back for the state of Louisiana. Eastbank Little League took home the World Series Championship in 2019, and after the tournament was canceled in 2020, this team, managed by Steven Menard and coached by Mitch Craft and Scott Hawkins, has hopes of bringing home Louisiana’s second consecutive LLBWS title. This will be the ninth time a team from Louisiana comes to Williamsport, and the third for Lafayette Little League after appearances in 2005 and 2011. Their journey begins this Friday, August 20 at 1 p.m. on ESPN when they face South Dakota.

Led by manager Reggie Regala and coaches Bryan Bruning and Clay Parrish, Wylie Little League out of Abilene, Texas, was forced into the elimination bracket after losing to Louisiana 6-1 in the first game of the Southwest Region Tournament. From there, they battled back, winning four games with a +26-run differential before once again falling to Louisiana in the title game, 6-2. This will mark the 26th team from Texas to participate in Williamsport and the first time for Wylie Little League. A team from Texas hasn’t won the LLBWS since 1966, but they will have a chance starting this Friday, August 20 at 7 p.m. on ESPN against Washington.

Honolulu Little League is no stranger to Williamsport after winning the Championship in 2018. They are back this year after going a perfect 4-0 in the region tournament, winning games 15-0, 7-6, 13-3, and 7-2 to punch their ticket. This will mark the 14th team from Hawaii to come to Williamsport and Manager Brandon Sardinha and coaches Rob Iopa and Kevin Bagoyo will have a chance to keep Hawaii’s LLBWS winning traditions fresh in 2021, starting on Thursday, August 19 at 1 p.m. when Hawaii takes on Pennsylvania. 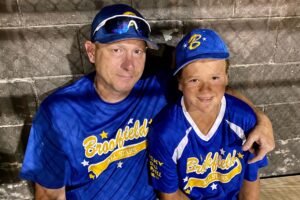 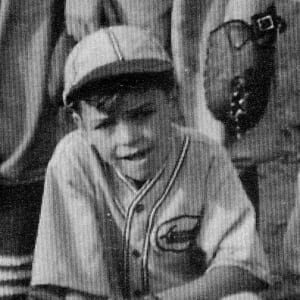