Burke has a wide variety of sports and clubs that are normally available during the school year. However, due to the abnormal year that is 2020, sports and after school activities have been suspended until further notice throughout Omaha Public Schools. One lesser known club that is now going to be an official NSAA sport is bowling. NSAA announced that bowling was an unified sport at a meeting in May.

Burke’s bowling team is not well known and many students don’t realize that it’s an activity anyone can join. In the past three years, there’s been roughly only seven or eight participants to represent Burke, five or six of those actually being from Burke. Due to the lack of players for both a full girls and boys team, Omaha Burke bowling has a few other students from other schools to make up the difference. Schools like Westside, Gross Catholic, and other private schools team up with the Burke team.

Senior Jessica Richer has been bowling on Burke’s bowling club for her whole high school career and this year is the first season that she can’t participate in high school.

“I started to bowl with the schools club because of one of our seniors my freshman year put out on the announcements every morning about practices starting soon,” Richer said. “I knew it was something I wanted to do before I even got to high school.”

Now that Burke has an unified bowling team that’s considered a sport, students can letter in the sport and earn scholarship money that goes towards college. Scholarship money can be earned through tournaments, leagues, and at the end of the season when state bowling takes place. All this money is then placed in an account that the student athletes can access when they go off to college.

“I really like the dynamic of bowling just because everyone on the team over the last 4 years have been really supportive of everyone else on the team and we’ve all built friendships from the team,” Richer said.

With the bowling being an unified sport this year, coaches needed to be replaced. As with any unified sport, the coaches must work either at the school their sponsoring or within OPS. There was no coaches selected to run Burke’s team this year, leaving for the season to not happen at all.

Since the announcement that the sport was going to be unified, the NSAA has been pushing for the winter season for 2020-2021. It wasn’t until they tweeted on September 17 that the original season would be pushed into the spring of 2021, creating a postseason.

“Having bowling not happen my senior year overall just really sucks because it’s the last year I can do any of this stuff with bowling for scholarships and just bowling with the team I’ve grown to know over the years,” Richer said.

A unified season of bowling was going to be something new to happen and players all over the district were excited to see how leagues and tournaments played out. Bowling allows for student athletes to connect with their teammates and play a sport that they all enjoy. Especially with tournaments that rely on teammates working together to have a high score, communication and positivity were key to success. But just like the rest of the world in the past few months, face-to-face communication has been zero to none.

With the normal fall league not being officially connected through schools, this meant that schools that participate in bowling, either through club or sport, had the option of having a league still occur. However, if the school decided to still hold a regular season, it couldn’t be associated with the school’s name that the players or coaches are from. This goes with any sport that is still playing this fall.

It is unclear if a postseason will still happen this upcoming spring. With new restrictions and mandates still being up in place, everything surrounding school and activities is unknown on how things will run going into winter and spring months. 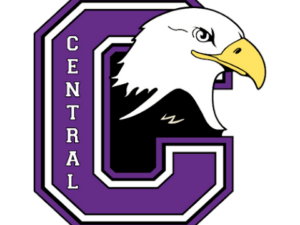